I used to dread criticism. Like, panic-inducing dread. I would work so hard to avoid being criticized that I would never stray outside the status quo. My fear of criticism meant I’d never stretch the boundaries, at the risk of doing something unpopular.

Our critics exist to make us better at what we do. They can be a great opportunity to reflect and move forward in a positive way.

Don’t Take it Personally
This is a really tough one to master. When someone criticizes your work, it’s really, really hard not to take it personally. After all, your work IS personal. It’s you, giving 110% or more of yourself, and when that doesn’t measure up in someone else’s eyes, it can be hurtful. But remember, 99.9% of the time, criticism isn’t personal. If it is particularly hateful or harmful to you personally, that’s not criticism, it’s bullying and/or abuse, and needs to be dealt with on a different level.

Don’t take criticism, especially criticism that’s meant to be constructive, personally. The critique isn’t of you, it’s of something you’ve said or done. Take it for what it is (not personal!) and move forward.

One of my favourite movies of all time is “The Big Lebowski”. The title character, The Dude, lives his life his way, and he deals with his detractors in a very simple way: “Like, that’s just your opinion, man”.

To this day, whenever I’m faced with criticism, the first thing I say to myself is “That’s your opinion, man.” It helps me to remember that the criticism I’m receiving is the other person’s perspective, and theirs alone. It may be drastically different from my own. They are entitled to their opinion, and I may not agree. And that’s okay.

Take the Lesson, and Improve
Our critics exist to make us better at what we do. They can be a great opportunity to reflect and move forward in a positive way.If you’ve determined that the criticism has come from a genuinely constructive place, then analyze the criticism for what it is. What can you learn from this person’s perspective? Is there something you can improve upon? If the answer is yes, then take the criticism as a lesson and do what you need to do to improve.

Our critics exist to make us better at what we do. They can be a great opportunity to reflect and move forward in a positive way. Don’t take it personally. Remember that a criticism is only someone else’s opinion. Take the lesson if there is one. Improve. Rinse and repeat. 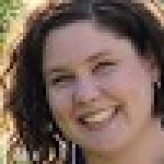 Susan Murphy has been working in media and communications for 25 years. She is an award winning television producer with hundreds of shows to her credit. Susan is a partner and digital storyteller at Jester Creative Inc., where she helps people find compelling ways to connect with their audience through video, web design, social media, and training. - See more at: http://hercity.ca/our-team#sthash.lwk14PhL.dpuf