I was lucky enough to speak to some amazing people who work for and with the Starlight Children’s Foundation, and get some information on the work they do. The Starlight Foundation has been working for over 23 years to improve the lives of sick children and their families. Within Toronto, they are an important charity because they work closely with the SickKids Hospital, but they are a vital organization to families across Canada. From the foundation, “Money raised through special events and fundraising initiatives funds a variety of unique Starlight programs that are designed to provide an escape from the everyday realities for our Starlight families.”

They have hundreds of amazing ways to fundraise, but throughout the holidays, their efforts are on overdrive. They told me, “Starlight has been fortunate to benefit from the strong corporate support of organizations of all sizes, both at a national and local level; Therefore, bringing awareness of Starlight’s mission to communities across Canada in hopes of building even more relationships with future donors.” Throughout the holidays, companies and families alike are looking for ways to help out in their communities and with fundraising; the Starlight Foundation is a great place to put some funds this season. Aside from their holiday events, there are five large-scale fundraisers throughout the year, to assist in raising awareness and resources for the foundation.

There is something special about this charity. They are more than a simple resource; they are like a second family for those facing these awful challenges. I asked the foundation why the Starlight Foundation is so important to Canada and to Toronto. They told me “What makes Starlight Children’s Foundation unique is that we are there for the entire journey – from the emergency room to recovery. While in-hospital, Starlight provides distraction, entertainment and relief from the stress and boredom of hospitalization. When out-of hospital, Starlight children benefit from our Great Escape and Wishes programs – giving them an opportunity to leave the ‘sick’ behind, create special family memories and return home with a renewed sense of strength and hope.” With the Foundation’s help, I have included a list of ways below that you can help out this holiday season. For more info, check out their website at http://www.starlightcanada.org/.

Toys”R”Us / Babies”R”Us
Toys”R”Us/Babies”R”Us is running an amazing campaign for Starlight between November 1st and December 31st. The campaign will be run in 101 stores across Canada. Toys”R”Us/Babies”R”Us will be selling Starlight Stars at retail locations and collecting donations online during this campaign. These Starlight stars will sell for a minimum donation of $1.00. In addition to the stars, Toys”R”Us/Babies”R”Us will also be selling the sixth limited edition collectable 2014 Starlight bear, “Hiya,” who was designed by brothers, Matteo and Nicco. The Hiya bear will be sold at the 101 stores for $14.99 with 100% of the net proceeds from both the stars and the bears going to Starlight Children’s Foundation.

Ardene
From November 24th until December 19th, Ardene will be running a holiday campaign in 400 stores across Canada raising money through a ‘Star’ campaign. Ardene will be selling ‘Stars’ to their customers at each location with an online “Ardene Galaxy” virtual component. Stars will be sold for $1.00 each. The customer/donor will take their purchased star home and will then be lead to a website. This website will allow customer/donor to register and assign their name to a star in the virtual galaxy. In return for the customer/donor registering their star, they will receive an emailed coupon for 25% off their next visit to Ardene. All proceeds from these Stars are being given to Starlight.

Dynamite/Garage
From November 3rd to January 4th, 260 Dynamite and Garage stores across Canada will be selling beautifully branded gift bags (Dynamite) for $1.00 and Starlight branded gift boxes (Garage) for $1.00. All proceeds from the sales or these items will be donated to Starlight.

Fruits & Passion
From November 1st to December 31st, the campaign will run in their 61 stores nationwide and will be promoted through in-store posters/signage and social media. Fruits & Passion will be selling Starlight branded gift bags for $1.00 with net proceeds donated to Starlight.

Michaels
The Michaels campaign for Starlight is running from October 19th to January 20th. Michaels will be selling a cause-related marketing holiday ornament (glass Santa/snowman and penguin) in their 115 stores across Canada and online. Michaels is donating $1.00 of every ornament sold to Starlight.

Other than attending an event, how can people help?
Show your support by taking part in our ‘Holiday Gift Giving’ Retail Campaigns, seen above
Volunteer for Starlight at events, Starlight Escapes program, Wish granting, etc.
Make a donation at starlightcanada.org.
Create your own fundraising event or campaign.
Suggest your workplace become involved with Starlight. 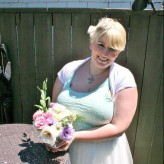