Yesterday was the 12th anniversary of the day I arrived home to find my house engulfed in flames as a crowd of neighbours watched the firefighters do what they do. It’s a day that is seared into my brain. No pun intended.

We all have those crossroads moments in our lives that change us somehow. Those defining moments that you look back on even a dozen years later and know they permanently changed your life or who you are as a person. It might be the unexpected death of a loved one or the betrayal of a spouse or a friend. Perhaps it’s the moment you became a parent, got married, graduated college, moved to a new city.

The house fire was one of those moments for me. My children, my spouse and I were all away from the house at the time of the fire, thankfully, but the house itself was gutted and we lost all of our personal belongings. I remember standing in the basement of my two story home the next day with the fire marshall and looking up through the floor into the kitchen above… and up above that I could clearly see my son’s bedroom closet on the 2nd floor with it’s bright green paint barely visible through the black. A sort of numb horror takes over at that point but also the realization that nothing else mattered. My family was safe and things could be replaced.

One of the remarkable things to come out of the fire was the sense of love and community surrounding us. Neighbours we’d never met before offered us shelter and clothing. The parents and staff of our children’s school went above and beyond in their generosity. The kindness of strangers still fills me with awe to this day. Neighbours became friends and most of our friends became family.

Even the smallest act of friendship, bringing a coffee and muttering “f***, this sucks” meant the world.

On the other hand, some friends we’d considered close, and even a few relatives, dropped out of sight as soon as it happened. As if we’d suffered the plague instead of the loss of home. At the time the disappearing friends & family, especially when compared to the outpouring of kindness from complete strangers, hurt as much as the loss of our home. As time passed, I chalked it up to fear. Maybe those friends who disappeared at that time just didn’t know what to say to us and so avoided us? Maybe their own fears about the safety of their families and their homes were highlighted by our own? Whatever their reasons, it’s taught me to show compassion even in the face of fear or discomfort. Even the smallest act of friendship, bringing a coffee and muttering “f***, this sucks” meant the world.

We rebuilt our home better than ever and furnished it with new belongings, new memories and eventually things went back to our routines. But in those flames each of us, myself, my spouse, my 13 year old daughter and my 8 year old son learned that we can each survive just about anything. That belongings are just objects and can be replaced. That friendships that are forged in fire are worth their weight in gold. That no matter what losses you face your memories are what really count. That even a brief moment of compassion can make a lasting impact. And that even when everything is ashes around you, you can rise up and be stronger than ever. 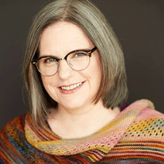