Ask me every year and I would be hard pressed to tell you what day Mother’s Day falls on. Is it the first Sunday in May? The second? Yet another day I fail miserably at keeping track of. With Mother’s Day right around the corner, I wanted to do a bit of research into it’s origins. Pretty interesting stuff.

Mother’s Day was first celebrated in the US in 1908, when Anna Jarvis held a memorial for her mother in West Virginia. She campaigned to make “Mother’s Day” a recognized holiday in the United States began in 1905, the year her mother died. Anna’s wanted to set aside a day to honor mothers, “the person who has done more for you than anyone in the world”. Several states officially recognized Mother’s Day beginning in 1910. In 1914, President Woodrow Wilson signed the proclamation creating Mother’s Day, the second Sunday in May, as a national holiday to honor mothers.

Interestingly enough, Anna was quite resentful of the commercialization and was angry that companies were profiting from the holiday. She became so embittered by (what she felt was) the misinterpretation and exploitation, that she protested and even tried to rescind Mother’s Day. The holiday that she worked so hard for was supposed to be about sentiment, not profit. Jarvis’s original intention for the holiday had been for people to appreciate and honor mothers by writing a personal letter, by hand, expressing love and gratitude, rather than buying gifts and pre-made cards. Anna Jarvis organized boycotts and threatened lawsuits to try to stop the commercialization.

I can say from 15 years of experience now, that nothing thrills me more than the effort my kids make. It’s not gifts (at 15 and 10 their ‘budgets’ have been non-existent since they were born) or store-bought cards. It’s the tiniest of things. Last year my (then) 9-year-old brought me a bowl of cereal to my room in the morning. With a fairly sizable trail of milk and Special K from the kitchen up to my room to reiterate her efforts after I had enjoyed what was left in the bowl. The year before that my older daughter tried to make me a coffee in my (now extinct) Tassimo machine. She did this by opening the coffee pack and dumping it into the water reservoir on the back of the machine. Regardless of the fact I had to purchase a new coffee maker that year, it is the sheer thoughtfulness of these gestures. The handmade cards. The homemade book of coupons I got one year. “Good for one toe rub”. “Good for one back massage”. Delightful.

So I waste no time in sitting and pondering what to get my mom (aka ‘Grama Cupcakes’ to my girls) this (or any year) for Mother’s Day. A handmade card from the girls, a card from me (though likely not of the DIY variety) and a visit that day to hopefully spend some time with her on her beloved deck, taking in the surroundings, enjoying and remembering everything she has done for me. 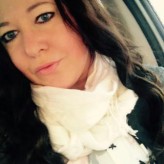