How do you decide what book to read next? Do you follow blogs and websites dedicated to reviewing and recommending the latest bestsellers? Do you get recommendations from friends or prefer roaming the aisles of the bookstore looking for inspiration? Perhaps you are an e-reader fan and leisurely scroll through the on-line bookstore.

I do all of the above, but I also like to choose books that are off the radar. Maybe ones that are a little older, even those discarded in yard sales or second hand shops. When I was a teenager, I would head downtown with two of my closest friends and we would find three paperback books that we all liked, each would buy one and then we’d trade until we all got to read three books for the price of one.
Here are a few of my favourite recent reads that have been out for a couple of years (some a little more than that) but are still enjoyable.

Secret Daughter by Shilpi Somaya Gowda tells the tale of an Indian woman’s desperation to save the life of her newborn baby girl in the Mumbai culture that favours sons, as well as the story of an American doctor whose only option for motherhood is to adopt. This story is told from the point of view of both women independent of each other and is such a beautiful and thought provoking read.

Empty Cradle by Diana Walsh is an emotional true story about the abduction of the writer’s newborn baby from her hospital room in the mid 90’s. I remember this event being on the news and never dreamed that I would, years later, meet Diana and read her story.

The Silent Wife by A.S.A. Harrison is a psychological thriller told in alternating paragraphs by both sides of a troubled married couple, bitter to the very end. An impossible to put down read!

Still Missing by Chevy Stevens draws you into an abducted realtor’s nightmare as she re-lives it through sessions with her therapist. This is such a fantastic debut novel from this author that I have been hooked and have read everything she has written.

Intensity by Dean Koontz is by far the most chilling novel I have read in a very long time. Certainly not new to the charts (my old paperback edition is dated 1995), but worth picking up if you like a good thriller. A story of survival and courage, you will be on the edge of your seat as Chyna, the main character, fights her way out of the deadly trap set by a murderous sociopath.

Mother, Mother by Koren Zailckas tells a dysfunctional family’s story from the point of view of two of the three children. In families, sometimes things are not what they seem, and alcoholism and drug addiction partnered with an overwhelming need to be controlling play a role in the downward spiral. 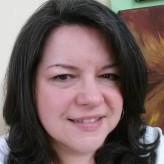 Angela Cowley is a married mother of two teens and a small business owner. When she isn't helping people put together the perfect gift at her gift shop in downtown Stoney Creek, Ontario, you can find her relaxing on the front porch of her century old home with a cold beverage.