The turn of the season from quasi warm temperatures to a cooler (usually less than favourable) climate often brings with it downcast appearances and fear for what can only mean we grow that much closer to winter. While not far from the truth, what fall 2014 just so happens to also bring are several literary film adaptations. That’s something to smile about, no? Whether you’re a film buff or bookworm – or, perhaps, both – you’ll surely love what the fall season has in store for the silver screen.

Recently released, Gillian Flynn’s thriller novel Gone Girl took to the big screen October 3rd. Ben Affleck stars in this gripping murder mystery about a man, Nick Dunne, who is suspected for the murder of his wife as police investigation and a media storm embroil Dunne in legal and moral dispute and bring to the forefront lies and deception.

Alexander and the Terrible, Horrible, No Good, Very Bad Day

Set to release October 10th, this family comedy is adapted from Judith Viorst’s children’s book under the same name. Starring the likes of Jennifer Garner and Steve Carell, this book-turned-movie tells the story of Alexander and the calamities that he, and subsequently his family, experience on a particularly terrible, horrible, no good, very bad day.

Author Suzanne Collin’s final installment in The Hunger Games series hits the silver screen November 21st. Though written as one by the she-genius herself, director Francis Lawrence has divided Mockingjay into two parts for the film adaptation. Mockingjay Part 1 explore Katniss Everdeen’s (played by Jennifer Lawrence) struggles against the Capitol in the midst of full-fledged rebellion.

The Hobbit: There and Back Again

Coming to theatres December 17th, the final chapter of J.R.R. Tolkein’s The Hobbit is sure to go off with a bang. Smaug’s lair and ultimate battle await the mismatched band of hobbit, wizard and dwarves for what we know is only a precursor to what wickedness awaits Middle Earth.

Directed by Angelina Jolie herself, Unbroken the film is adapted from Laura Hillenbrand’s World War II novel under the same title. Detailing a story of “survival, resilience and redemption” comes the dramatic and powerful journey of a young lieutenant and former Olympic distance runner Louis Zamperini as he fights for his life while lost at sea.

Photo by “FutUndBeidl” and made available under Creative Commons 2.0 license 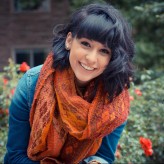 Natalie Timperio is a freelance writer of everything as related to life and style. Her mantra? Write, edit, sleep. Repeat. You can hear more from her on Twitter @natalietimperio and at natalietimperio.com