It could be said that this movie, very generally, encapsulates the fascination that a good number of us have concerning that elusive thing we call “happiness”. The titular protagonist, Hector, embarks on something that I’m sure a good number of people would dream of doing: taking a spur-of-the-moment vacation to pursue what happiness really is. Of course, I’m sure he, like the rest of us, wishes it were that simple.

Based on the French novel Le voyage d’Hector ou la recherche du bonheur (2002) by François Lelord (published in N. America in 2010), the movie sets up a delightful stage with Simon Pegg as Hector, a psychiatrist from London who feels that he cannot make his patients happy. To remedy this problem, he decides that he will travel to find out what makes people around the world happy. He departs London, leaving behind his girlfriend, Clara (Rosamund Pike), providing no tangible day for his return. As difficult as it is, she tells him to make the most of his trip. From there, Hector goes to China, Africa, and finally the US before making his unplanned return to London after a very tumultuous journey.

While the movie was very well made and had many clever visual choices, I felt that it left out some elements from the book that lessened my enjoyment. Not to give things away, but there was one part that was treated very indelicately – it really left me feeling unhappy and honestly, it could have been handled better. I’m not normally a stickler for movie adaptations remaining 100% faithful, but it was one of those things that should have been left as-is.

Additionally, there was a character who, in the book, connects with Hector on the basis that she is also a psychiatrist. The script completely left that out and it really bothered me because it added so much to her character. Considering that we don’t see very many women in this film (with speaking roles, I mean – and even fewer women of colour), I was disappointed that they reduced her character from a medical professional to a walking plot-point in the form of a “motherly African woman”.

That being said, Simon Pegg really made the movie for me, as did the use of animation for transitions. I’m quite certain that reading the book before watching the movie tarnished my experience considerably. I did enjoy it, but for a movie adapted from a fairly short novel, it could have adhered to the book more than it did. 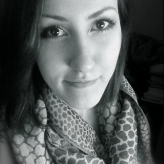 Julia Meadows is an undergraduate student at the University of Toronto who enjoys exploring the city and writing about what she experiences.